Mental illness is a major global health problem. It affects more than 450 million people worldwide and is the leading cause of disability worldwide. Some warning signs of mental illness are not being able to control emotions, feelings of losing one’s mind and going crazy, having irrational thoughts, and finding it hard to concentrate on anything else. Other things pointing towards deteriorating mental health are feelings of depression or hopelessness for periods longer than two weeks, disrupted sleep patterns for a long time, and feelings of exhaustion and fatigue.

What are the five main warning signs of mental illness?

Mental illness is a complex issue that can be difficult to diagnose. Before you go on an online search for the best psychiatrist near me, read the following five warning signs to help identify whether mental illness is what you or your loved one is suffering from.

A person may experience hallucinations, seeing or hearing things that don’t exist outside the mind. Hallucinations are a sign of mental illness and should not be taken lightly. Hallucinations are seeing or hearing things that do not exist outside of the mind. They can occur in any sensory modality, including visual, auditory, olfactory, gustatory, tactile, proprioceptive, and equilibrioception. They can also be experienced as a combination of these senses. For example, you might hear a voice and feel like your skin is crawling. Your brain can create hallucinations as part of creating mental illness. Sometimes, these hallucinations are caused by substance abuse or withdrawal from that substance. In some cases, they can be caused by other factors, such as a tumor or brain surgery.

One of the hallmarks of mental disorder is disorganized speech, which may include speaking in long sentences that don’t make sense or abruptly changing topics mid-sentence. Disorganized speech is a symptom of many mental disorders, including schizophrenia and bipolar disorder. There are two types of incoherent speech: thought blocking, where the speaker stops suddenly in the middle of a sentence and cannot continue, and derailment, where the speaker jumps from one topic to another without any connection.

We should not confuse disorganized speech with an incoherent speech which is a sign of dementia or intoxication. Incoherent speakers speak in short phrases that do not make sense.

The schizophrenia spectrum and other psychotic disorders often involve unusual thoughts and beliefs, including delusions and hallucinations. People with these disorders may have difficulty distinguishing what is authentic from what only exists in their imagination. It is characterized by psychotic episodes when the person has a problem telling what is real from what is not.

The person may have difficulty determining what is real, or they may see things or hear voices that are not there.

Social isolation is a common sign of mental illness. People who suffer from depression, anxiety, and other disorders can become withdrawn from friends and family. They may also stop going to work or school if they cannot get out of bed.

People experiencing social isolation due to mental illness can be very dangerous. It can lead to feelings of loneliness, despair, and hopelessness. People with mental illness need to reach out for help to avoid these feelings and the consequences that come with them.

Persistent feelings of sadness or hopelessness

Depression is a common symptom of mental illness that can make people feel as though there is no hope for the future. It can lead to persistent feelings of sadness or hopelessness.

People who are depressed often experience a wide range of other symptoms, such as low energy levels, insomnia, loss of appetite, difficulty concentrating, and so on. Symptoms may vary depending on the severity and length of time depression has been present in the individual’s life.

People with mental illness often have trouble controlling their thoughts, leading to negative or self-destructive ideas. For example, someone with depression may think they don’t deserve anything good in life, and someone with bipolar disorder may have mixed feelings about themselves. Mental illnesses can also cause people to hear voices or see things that aren’t there.

Some signs of mental illness include trouble concentrating, feeling sad for no reason, feeling like you’re about to break down or lose control, difficulty sleeping, difficulty concentrating on tasks, and hopelessness about the future.

We understand that mental problems often result from a long-term stressful lifestyle and are not limited to particular age groups. Dr. Qutub has provided quality psychiatric care for more than two decades to patients of all ages and diverse backgrounds.The best way to take back control over your life is to address the root cause of your problem head-on — Dr. Qutub’s practice offers comprehensive treatment services, including psychotherapy, medication management, and therapy group sessions for patients dealing with mood disorders, substance abuse, eating disorders, obsessive-compulsive disorders, post-traumatic stress disorder (PTSD), schizophrenia and other psychoses or personality disorders. If you are looking for an experienced psychiatrist who can provide you with personalized care or even an online psychiatrist in Lahore at this difficult time, give us a call today for a consultation.

What is a Psychologist’s Role in the Medical Field, and Why is it Important? 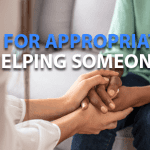 7 Tips For Appropriately Helping Someone With An Addiction